::Momma Disclosure:: This is a compensated post. All statements are my true and honest opinion. 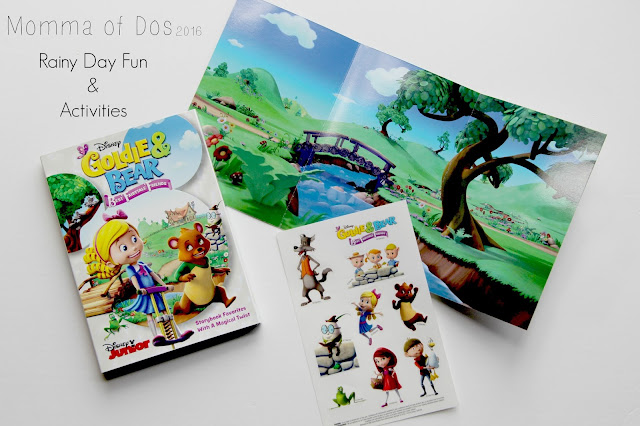 It's been a couple of days now since we left the house due to severe rain in Houston. We are usually OK with staying home since my kids love watching movies, reading books and simply hanging out. We are always so busy and on the go that when we get down time, we enjoy it very much and being at home is easy to do. So, when we got rained in this week, we took it as a time to relax, catch up on some TV and rest as much as possible. Only because we know that when the rain clears out our super busy work, school and extracurriculars schedule will be back in full swing. Thankfully we received this awesome care pack from Disney's "Goldie and Bear: Best Fairytale Friends" who's DVD release is TODAY!!!

While the books won't keep us dry, they have kept these two wild ones entertained and they are now enjoying the DVD series with Goldie and all her Fairytale friends! 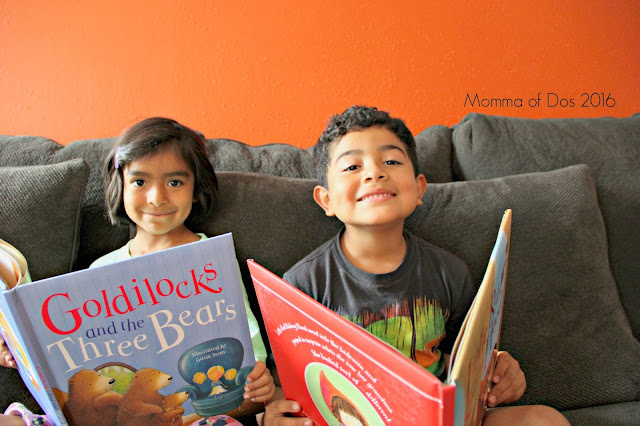 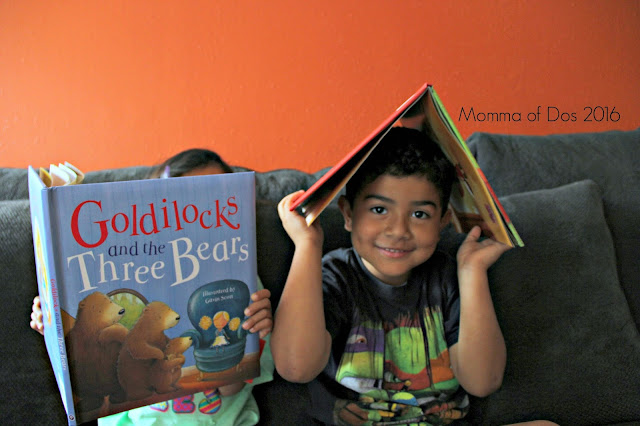 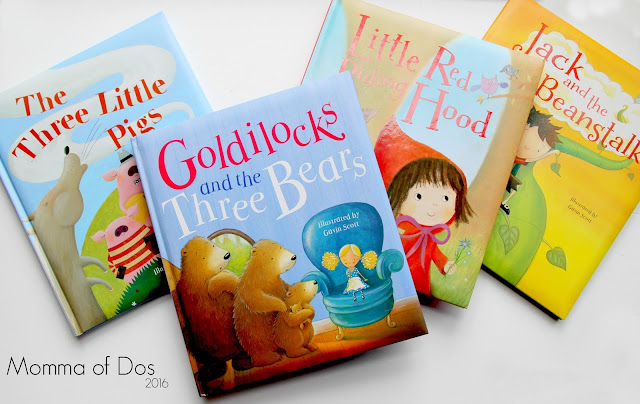 DVD and Book Information below (received information from PR group):

Everyone knows "Goldilocks and the Three Bears," but after that story ended, a remarkable friendship began! Team up with newfound best friends Goldie and Bear on amazing adventures as they laugh, play and learn important life lessons in the wondrous Fairy Tale Forest.

Climb a beanstalk with Jack, try on Little Red's famous hood, outsmart the tricky Big Bad Wolf, and much more. Join Goldie and Bear - and your favorite fairytale and nursery rhyme characters - for magical, song-filled fun you'll treasure today and ever after!

ABOUT “GOLDIE & BEAR”:
“Goldie & Bear” is a fairytale-inspired Disney Junior animated series that premiered in September 2015. The series follows the adventures of Goldie and her newfound best friend Bear following the renowned porridge incident of "Goldilocks and The Three Bears." Well-known characters from fairy tales, folk tales and nursery rhymes can be seen in the series, including Humpty Dumpty, Little Red Riding Hood, the Three Little Pigs and the Big Bad Wolf, who is often referred to simply as "Big Bad." Goldie and Bear seek out opportunities for fun with their friends, having adventures that often feature a touch of magic.

You can download all the Goldie & Bear Activity sheets here: