{How the "Kindey Stone" Crumbles!}

I am sure that's not the saying but it's the truth in my case!

Just as I was getting newly inspired and I truly was on a roll...HA. I get sick. I wish it was a 24 hour bug but it's been a two week pain in the buttocks! I had a kidney stone; it was a big booger... 6mm, on the bigger end of kidney stones, yes ONLY ME! My Husband says; "I have a kidney stone and you have to have SURGERY to get yours removed, why are you always trying to one up me!" Ha. He is silly. But, I finally had surgery on Friday and am now recovering. I don't wish this kind of pain or situation on anyone, it's not a comfortable one. I also realized that I have full blow panic attacks during surgery... well, that  I have had them during my 2 C-Sections! The Anesthesiologist on Friday pointed that out...Thanks Doc, as if I don't have enough faults already! HA!

Also going on; my Dad, a construction guru decided that this weekend...while I was sick and in the hospital was the weekend to start remodeling my house! Yes! What are we doing? Camila's room, finally being started on; she needs her big girl crib cause her bassinet is no longer cutting it! Also, my bathroom needed some re-doing and that was started also; and even though I am laying on the couch or in bed directing it all it's still a bit stressful; but it's much needed and very much appreciated! 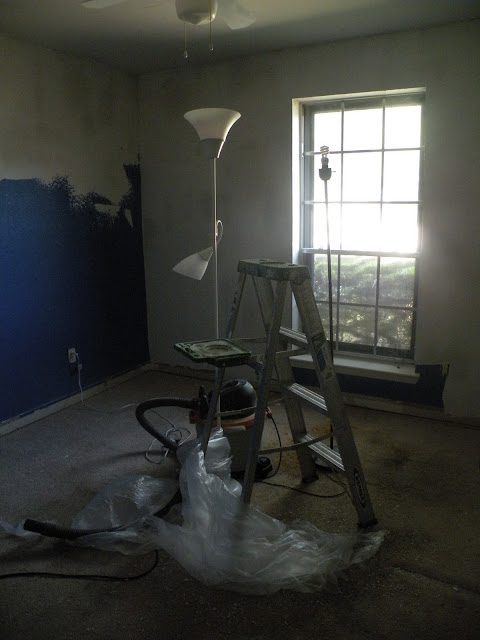 So; with the remodel of Cami's room came, moving our computer! Yep it used to be in the room in a corner by a small window and even though it provided much inspiration for a couple of years, I think that I was in need of this change! It now sits in the core of the HOUSE. Where all the fun happy Blessed chaos happens! I think oodles of inspiration will come from it!Yes. Oodles! He.He. 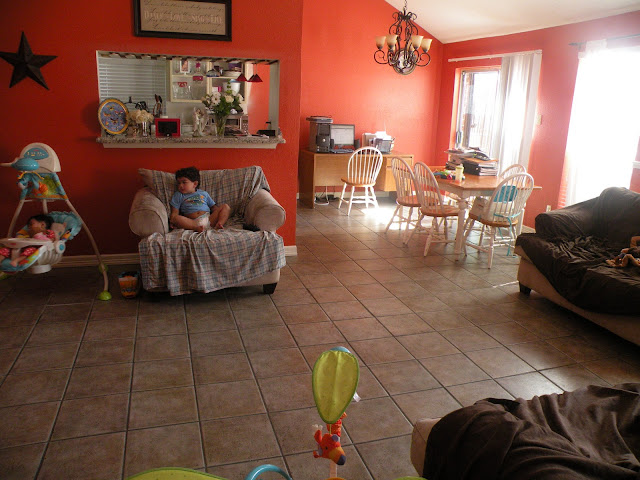 That's what my absence from Blog-Land has led me to.... what about you?
What are you up to these days!?
I pray that you are renewed, inspired and Blessed!
at October 17, 2011