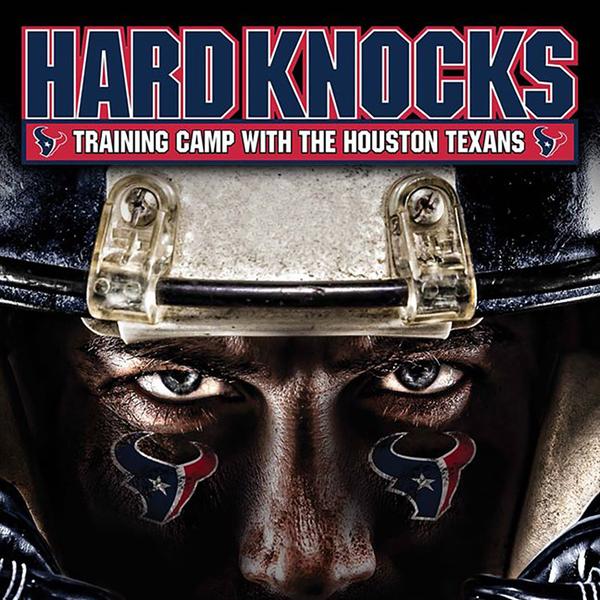 So, when I become utterly obsessed with something...well. Let' just say, I warned you. And, now I am officially obsessed. My Husband says, "..but you haven't seen any of the other Hard Knocks." I said.. "...no this is different, it's Houston." Anything positive and good; and hilarious beyond belief that puts Houston on the map is just so awesome to me.

As suspected. My favorite part of this show is, the human side. The real side. I mean, these players, though they have super sports powers and insane athletic ability, they are like every one else. With real everyday lives and families. Families with up's and down's. With sadness and happiness. Food cravings and puke. Oh, you haven't seen the show? Well basically J.J. Watt & Brian Cushing. That's all.

These guys are pretty funny and oh, so very real.

Quote of the week...

In last weeks episode, I loved the curiosity of "EZ". He had more questions than my 4 year old, it was honest and so awesome to see how much the players get to experience. Seriously this show is SO funny, for one simple reason: HUMANS. Human beings are being filmed and their lives are being exposed. Their good and bad, their seriousness and hilarity. It's all real and I love it. If you have not watched it. It's a must. This last episode revealed why Coach Bill has so much passion and dedication. To me it's clear that he does all he can to be the best for his sons. I cried.

And, laughed. So much.

As a Momma who has no clue about football, I am glued to the TV for this show.
at September 01, 2015