In my time in social media, I have met and engage with various new people from around the world. Sometimes it helps me realize how small the world really is. A little background about myself; my Momma is from a small town in Mexico called Temixco. Outside of my family circle here in Houston, I never EVER think many know about her town and her traditions. So when I found Omar online and his entire project based on Chinelos, which are pretty specific to the region my Momma is from, I was intrigued. I am glad I reached out and am featuring him today! His story is an amazing one and he is wishing to inspire us all! I can't wait to see his project evolve... I am so proud as a Mexican-American to find wonderful people like Omar doing great things! 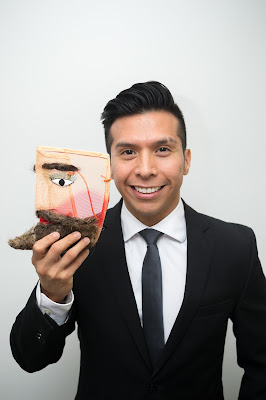 The name of my project is "el Chinelo loco 777". This name really reflects my personality and origins. I will explain why.

The "chinelo" dance is a traditional Mexican dance created in Tlayacapan, a city of the Morelos state, in approx. 1807. It was created by a group of indigenous young people who were not allowed to participate in the carnival celebrations. Their response was to dress up with old clothes and to start shouting and whistling by walking the streets of the town. A form of rebellion.

As the dance evolved, the white mask was introduced to mock bearded Spanish and the clothes changed for specific costumes made out of velvet. The word "chinelo" is believed to come from the Nahuatl language and means "he/she who moves well his/her feet and hip" or "hip wiggle".

"el Chinelo loco 777" describes me well as I was born in Cuernavaca, area code 777, the capital city of the Morelos state. The "chinelo" is a reflection of my passion and love for Breakin' or Breakdance, as I used to be -and will always be- a B-boy. The "loco" part is just my personality, who I really am. An intricate engineer yet very simple person full of energy and crazy ideas that I am always willing to implement.

I started this project because I detected a need. As a current Finance Director for a multinational company, I have developed the ability to identify "needs". I realized the Mexican and Latin American people do not have a lot of "role models", and if they do, maybe these are not reflecting what the "pueblo" actually is and what is capable of doing. 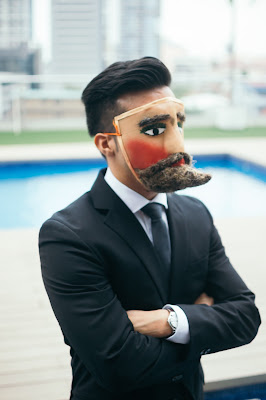 I have experienced a lot of things in my job and getting to where I am has not been easy as I have sacrificed a lot -you probably have heard this over and over again-, but I have also lived a lot of incredible experiences! -Maybe you have not heard this that much- What are these experiences about? I have traveled the world -and still do-, I have eaten in the most fancy and expensive restaurants, I have met crazier people than me and learned from them, I have managed very important projects for the company I work for, I am able to communicate and interact vis-à-vis with Top Executive Directors/Vice presidents, I have helped people out to get a job, etc. So why not sharing all this? Precisely the objective of "el Chinelo loco 777".

As a young executive, I believe I got a social responsibility to transmit to "la banda", people of my generation and the one that follows, positive examples that will inspire people that surround me to fight for their dreams, to succeed in what they want and why not, to become a better version of themselves.

Growing up in a middle-class family, never did I lack food or a home for that matter, but I sure know and have seen what it is not to have these two. This is where my motivation comes from. If I can do it, then you can surely do it too, right?

I did not study in the top Mexican schools, but I did get my engineering degree in a very respected private university, Universidad La Salle Cuernavaca -where I was able to get a scholarship thanks to my grades from high school and kept it during my whole time there. 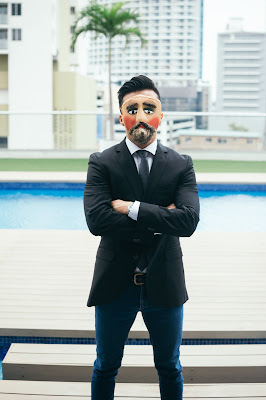 **People can contact me through any of my social networks. Whatever they prefer! I normally reply very fast to everyone, but if I take some time do not take it wrong as I am always on the move.


No special events are planned in the sort term, but in the mid-term I am planning to invite "random" people to share their story with the audience on my YouTube channel. As for now, I will keep on uploading videos, I will finish the series "Vivir en el extranjero" (living abroad) and will move forward on to another series. More content will come to my Facebook page as well. However, on Twitter I do share very practical tips for everyone so you should go and follow me!

One time, a group of friends and I participated in a Hip Hop dance competition. It was our first time competing in this type of event and we trained very hard for three full months. We did our thing, we danced and believed that we nailed it and that we deserved to take home one of the three first places.

The time to announce the winners came and my friends and I were backstage holding hands waiting to hear the name of our group "Soydev" -which you can actually find in YouTube if you write it and add "hip hop". The third place was announced, but it was not us, then we believed we had won second place. The second place was announced and again, it wasn't us. At this point we thought we had won the first place and we got super excited about i! When the host announced the first place we did not hesitate to go to the main stage screaming, yelling and celebrating that we had won! 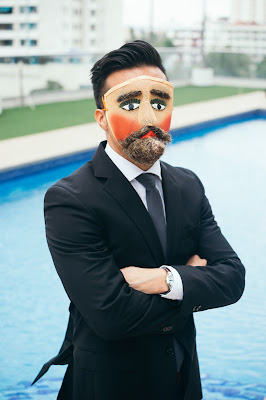 Our faces dropped immediately after we arrived to the main stage just to see that we did not win the first place, but because we were so confident of ourselves we thought we had won but neither my friends nor I actually heard our team's name. You can imagine how embarrassed we were afterwards. My friends and I still laugh a lot every time we talk about this.

By the way, we ended up taking home the 8th place out of 42 crews that participated. Not bad after all.

There are two main things I want to establish through my persona. These are very simple actually.
First, I want "el Chinelo loco 777" to be a role model for the community so that people that follow me can become role models as well for the people close to them. Second, I want it to be a platform for sharing experiences and stories about how people like you and me were able to succeed in what they wanted. I believe everyone has succeed in some way, we just need to take the time to listen to them.

"Brains and talent are nothing without discipline. Discipline is the key to achieve everything." The way I see things is that everything is reachable if you really want it and work hard for it.