First of all, I thought writing this would be easier…I mean it’s about me, how hard could that be? Well, first off I wasn’t there and relying on half stories of terribly stressed individuals recalling an even that happened 29 years ago no matter how memorable is still, well difficult. But, here we go.


I believe we all have a purpose in life. It’s a matter of when and how you fulfill that purpose that’s important. I think both are determined by our own willingness and open mindedness to see what is really important. I personally think that I should in all instances set myself aside. Never making anything that happens about me. For years now I try to “fulfill’ my purpose with service not just to my community but more importantly to my family. Giving them all of my time, attention and heart. Little by little I think that I am genuinely fulfilling the purpose that I was given at birth. A birth that was in itself a second opportunity, an opportunity to fulfill my reason for living.

My mom gave birth to me when she was 24 years old, scared, new to this country and becoming a young mom was not the only obstacle she had to overcome. After knowing what my mom has gone through and what she went through to have me I have nothing but pure admiration and respect for her. Don’t get me wrong we are Mother and Daughter and we are human, we do and have had our differences but we have never abandoned each other.

On June 29, 1981, after several excruciating hours of waiting, I was born at around 1pm.

My mom at about 26 to 28 weeks pregnant had several severe seizures which knocked her unconscious after which she was taken to the hospital to give birth to me. Almost immediately after my arrival there I was life-flighted from the small town of Navasota to the even smaller town of Brenham, Texas. At about 2lbs 14oz my father was given very low expectation that I would survive. And, given that my mother had fallen into a coma right after my delivery she couldn’t make any further decisions. I was taken to St. Jude hospital, and shortly after the doctors asked my father who they should save, if my mother or myself. My father and grandmothers all prayed to St. Jude and never doubted to answer that we should both be saved. I was very fortunate to have survived, after many prayers and an almost life changing decision on my Father's part, I lived in an incubator for about 3 months and was fed with long tubes that reach my stomach with my mom’s breast milk. I was poked and proned more than most and still have the scars on my heels. I was the first preemie baby  born in Washington County, Brenham, Texas. After several days my mom finally woke up from her coma and remembered that she was pregnant and finally that she had, had me. The entire situation was all too much for the newly immigrated young Mexican parents and every time I hear the story from my parents and knowing how small I was and how little doctors knew back then about premature births it makes me feel special.

Being a new mom, stories about birth, about children, about hope and about struggles and victory all impact me in new and more meaningful way. I plan to now become more involved, be more determined and live life MORE PURPOSEFUL! For my own sake and for Santiago’s! 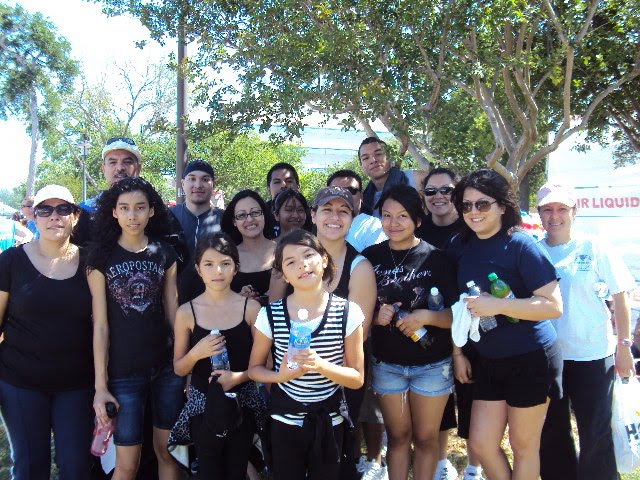 Email ThisBlogThis!Share to TwitterShare to FacebookShare to Pinterest
Labels: Purpose

I missed the event. Hope will be able to be there next time.

Connie I truly love reading your blogs!!! Always make me smile, and in some way shape and form, always make me appreciate life more, and make me love more! I love youuu!!

Thank You Casey!!!! I love hearing feedback...and I love knowing that people are learning from my mistakes, life or other situations! :D