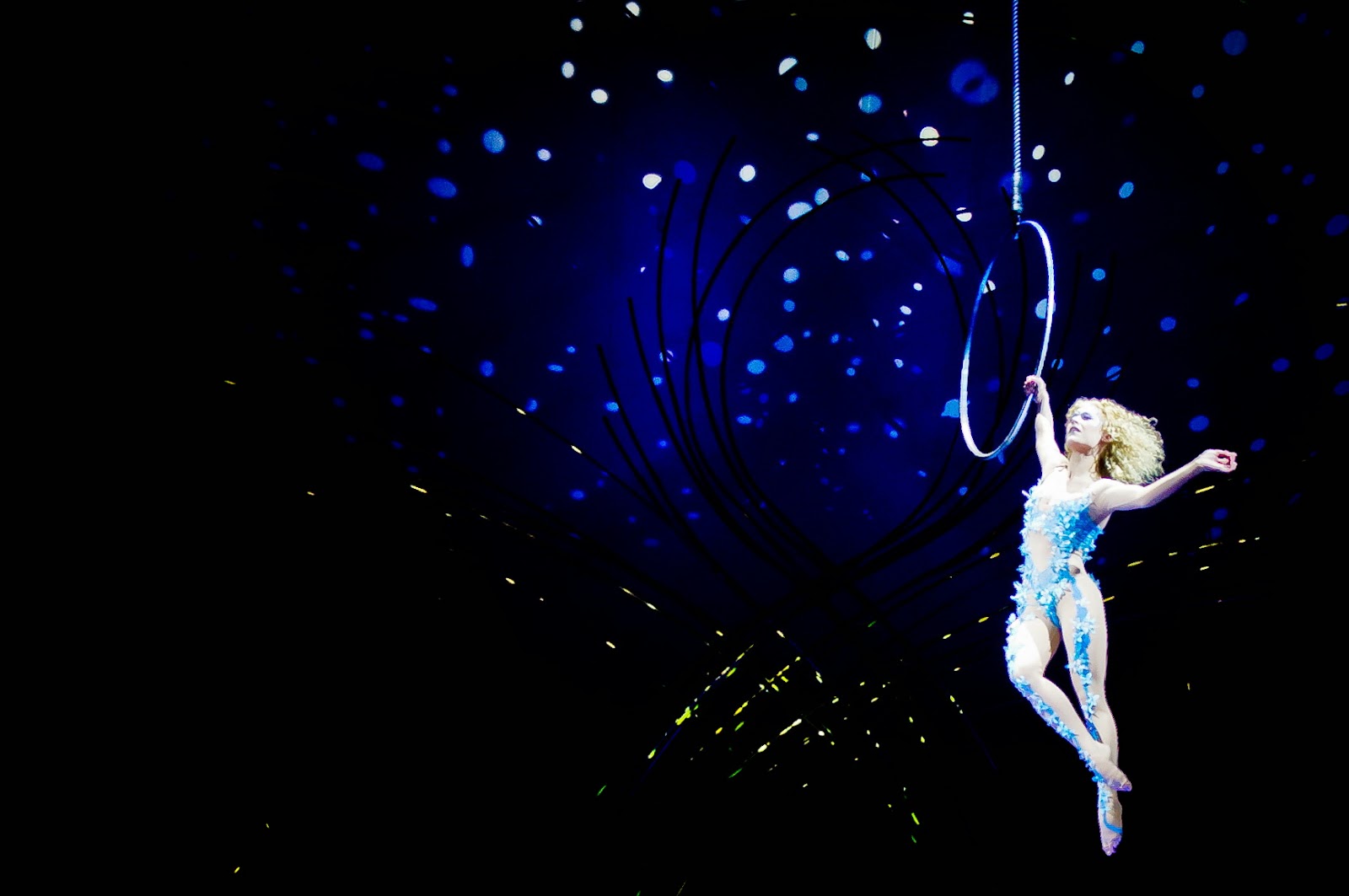 Years ago my Husband and I decided to check out a show called Corteo by Cirque du Soleil. We had no idea what it was all about and wanted to try something new. My Husband was hesitant. He didn't think it was something "guys went to". When we emerged, it had become one of his new favorites. The show was amazing. We couldn't get enough and have since been able to attend 3 other shows here in Houston! I love the convenience of it being here in our home town, and the venues are usually an intimate small setting perfect for taking it all in.

Cirque du Soleil, if you have never attended before is a mix of an acrobatic act, with a musical and theatrical show. It's very magical and they definitely appeal to the adult crowd with a very sophisticated circus atmosphere. If you didn't get to celebrate Valentine's day this is a perfect date night idea. Each show displays a unique set of talents and artistry it's something we have enjoyed in the past and can't wait to see this year!

You are not convinced yet that you want to go? Well how about some FREE tickets to their new show here in HOUSTON! 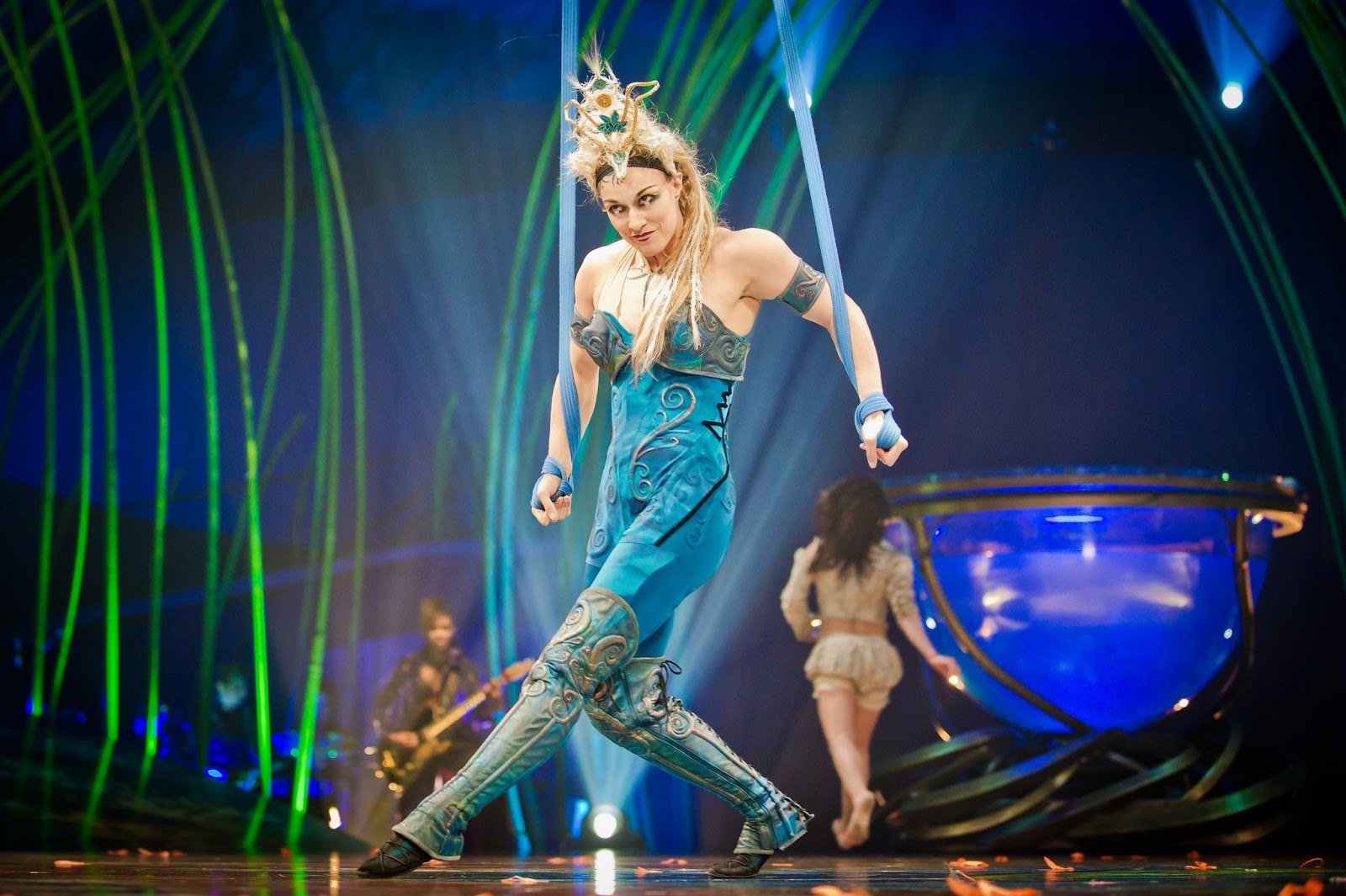 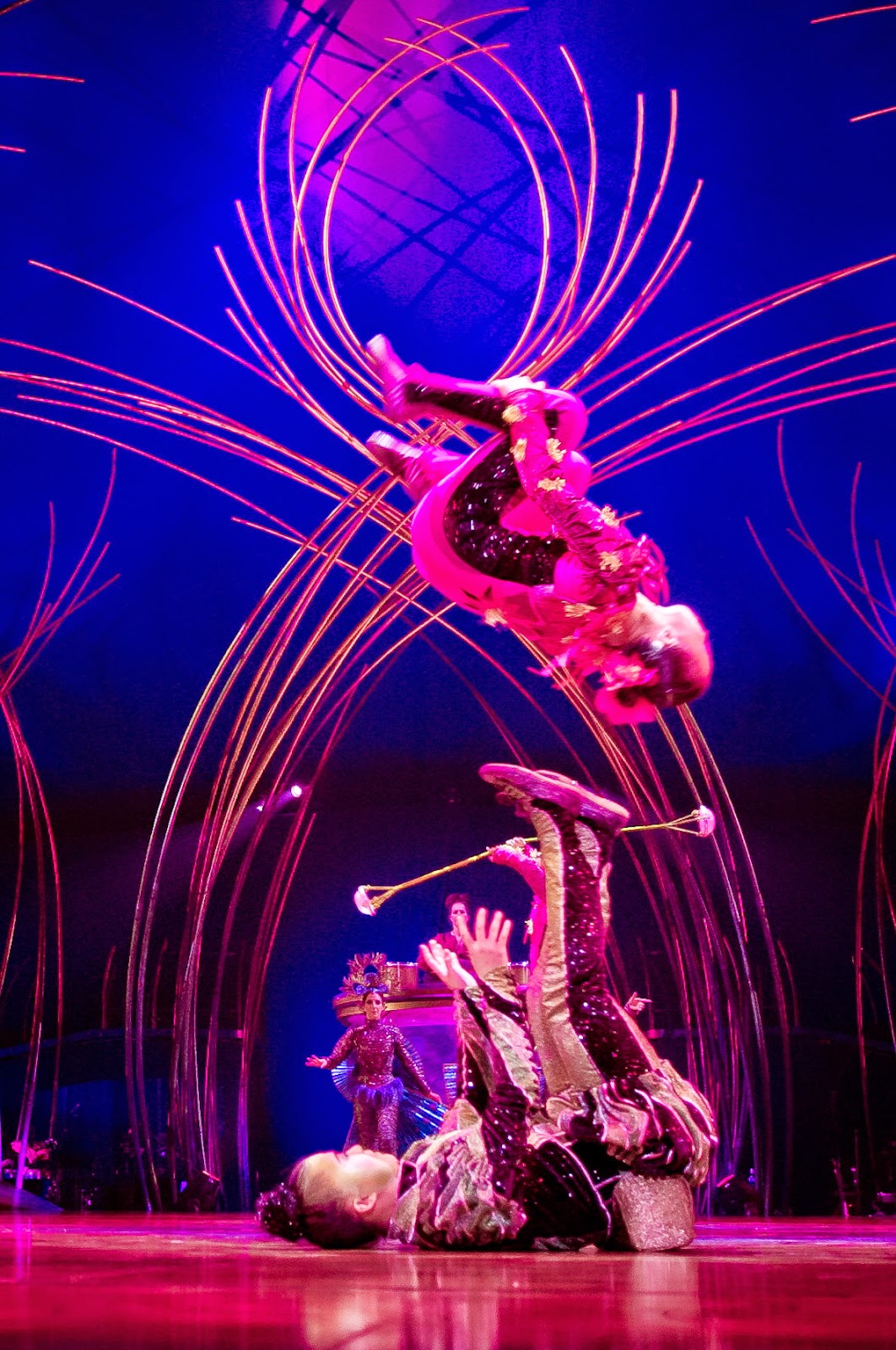 ::Details about the show:: 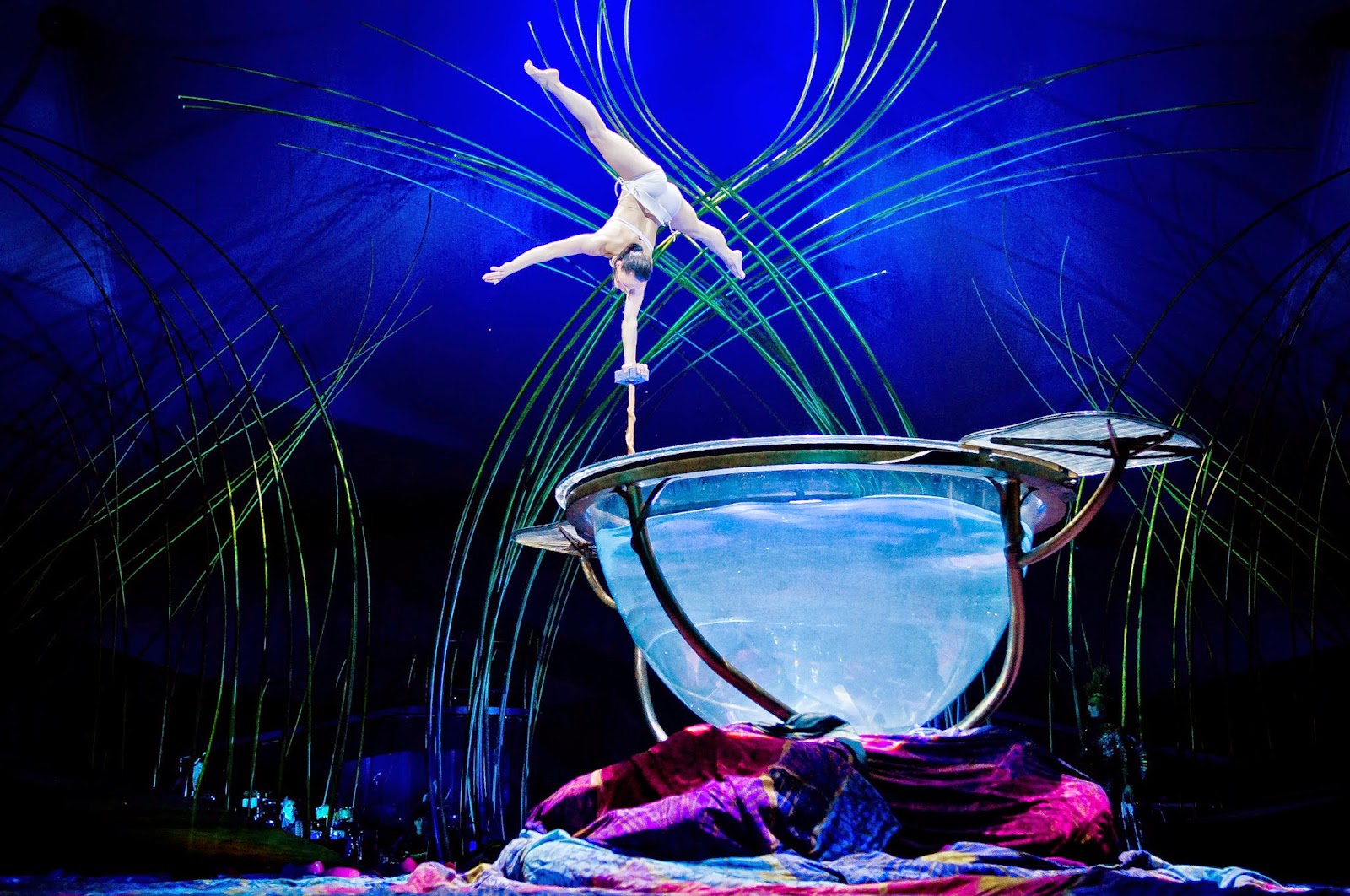 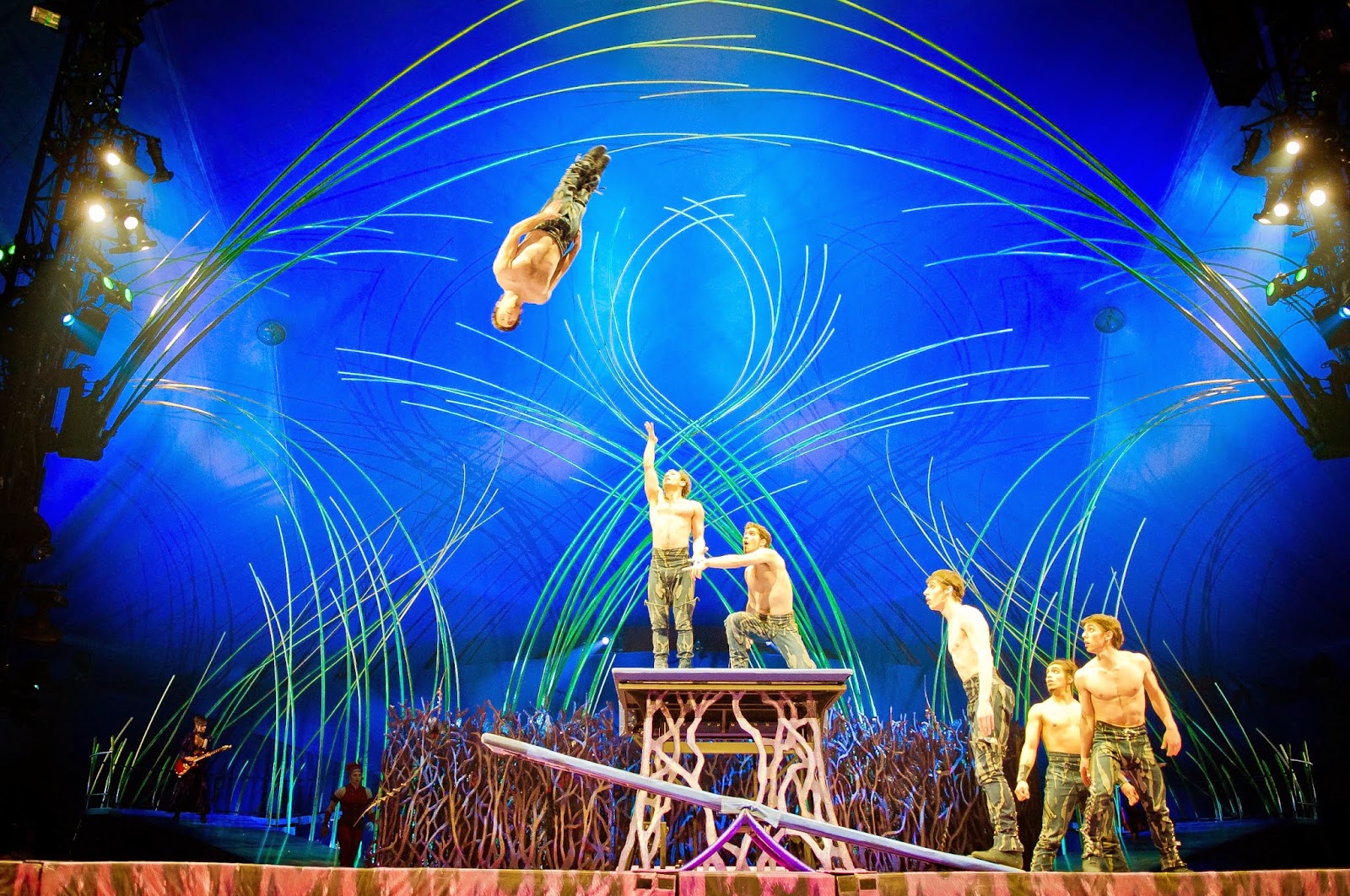 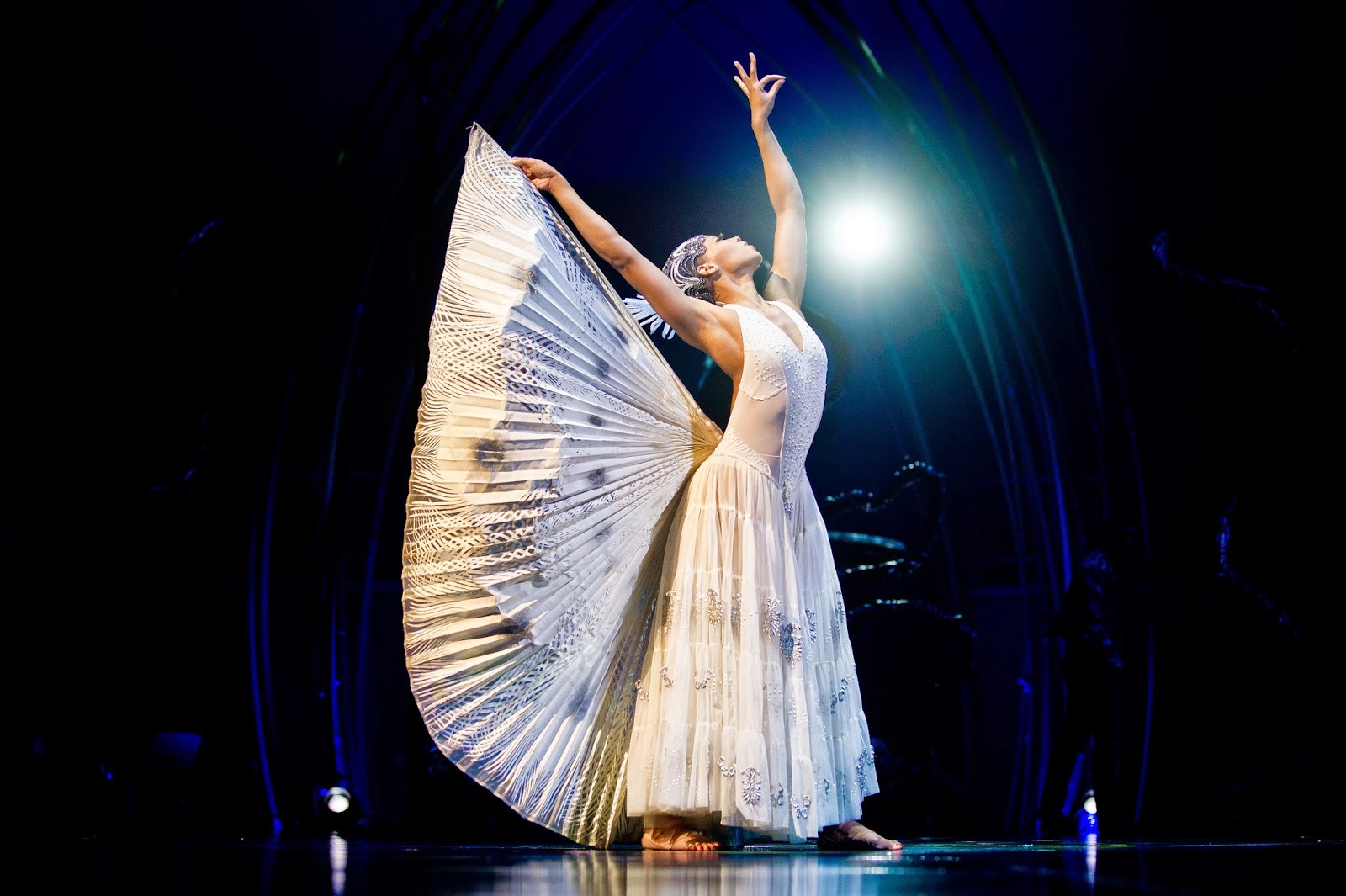 AMALUNA
Amaluna invites the audience to a mysterious island governed by Goddesses and guided by the cycles of the moon. Their queen, Prospera, directs her daughter’s coming-of-age ceremony in a rite that honors femininity, renewal, rebirth and balance which marks the passing of these insights and values from one generation to the next.

In the wake of a storm caused by Prospera, a group of young men lands on the island, triggering an epic, emotional story of love between Prospera’s daughter and a brave young suitor. But theirs is a love that will be put to the test. The couple must face numerous demanding trials and overcome daunting setbacks before they can achieve mutual trust, faith and harmony.

Amaluna is a fusion of the words ama, which refers to “mother” in many languages, and luna, which means “moon”; a symbol of femininity that evokes both the mother-daughter relationship and the idea of goddess and protector of the planet. Amaluna is also the name of the mysterious island where this magical story unfolds.

A TRIBUTE TO THE WORK AND VOICE OF WOMEN
For the first time in Cirque du Soleil’s history, Amaluna features a cast that comprises 70% women, with a 100% female band. “Amaluna is a tribute to the work and voice of women”, explains Director of Creation Fernand Rainville. “The show is a reflection on balance from a women’s perspective”, he adds. Director Diane Paulus, winner of a 2013 Tony Award (Pippin) and recently named as one of Time Magazine’s 100 Most Influential People of 2014, says: “I didn’t want to build a ‘women’s agenda’ show. I wanted to create a show with women at the center of it, something that had a hidden story that featured women as the heroines.” Paulus drew from a series of classical influences when creating the concept of the show; including tales from Greek and Norse mythology, Mozart’s The Magic Flute and Shakespeare’s The Tempest.

CIRQUE DU SOLEIL
Some 30 years ago, Cirque du Soleil was but a dream. It was the dream of a small community of travelling performers who would do anything to share their love of the stage, of circus and of the world. The family has grown since then and now includes thousands of dreamers—creators, artists, technicians and workers who toil in the shadows. The dream has become a symbol of Québec pride, an international entertainment company that has brought 35 large-scale shows to life—20 of which are still in operation. The company, which celebrates its 30th anniversary in June 2014, has brought wonder and delight to close to 150 million spectators in more than 300 cities on six continents. Cirque du Soleil has close to 4,000 employees, including 1,300 performing artists from close to 50 different countries.