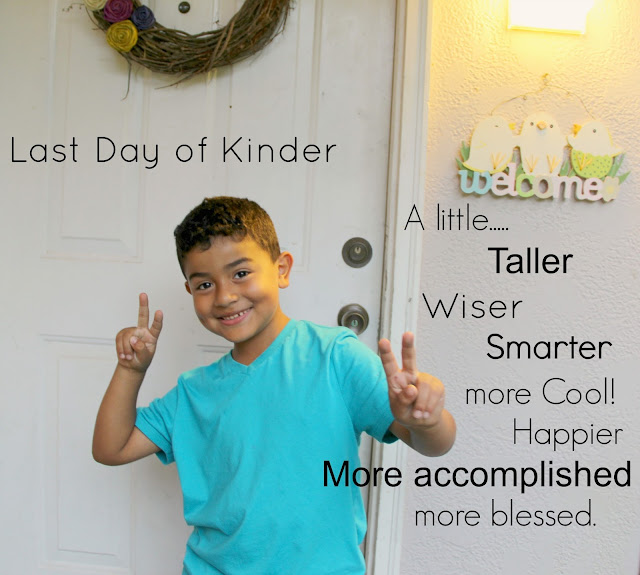 The last day of school finally came and guess what just like the first we survived. We missed the bus and were a little late but we made it. Made it through a whole year of school. As my Husband would say... "I didn't think we were gonna make it, but we made it." Truth is, our first year of Kinder with Santiago was not easy. I am not going to blame it on anyone but his teacher was a little difficult. Regardless of all the continued work and efforts on my part, it just was never enough for her. She had some kind of complaint about Santiago every other day. Toward the end of the year, it got old. I would tell Santiago every day until the last day, be good son. The complaints were harmless, trust me.

Truth is, he is a great kid. He is 6, active and very social. Some may see that as bad and will scrutinize his behavior, which is that of an active healthy 6-year-old boy, who loves to joke and play around. But, we worked on it and at the end of the day he wasn't a robot. He did though excel in all his academics especially math and science according to all his testing and "grades", cause we never actually saw grades just pass or needs improvement. Mostly pass. Santiago was also bullied this year, to the extent that I had to call upon  a friend who is a police officer, the bullying ended once I threatened to press charges. I am sure the issue will arise again, but we will know how to handle it. None-the-less, we made it! We survived.

Now on to a kick ass Summer with lots of fun and some studying. I want Santiago to do even better in 1st grade and I know that a lot of that will come from our own efforts and hard work. We plan on doing all that's needed to make 1st grade better than Kinder.

As for Camila, I am not sure Kinder is ready for her. Her sass grows with every new thought in that little crazy brain of hers. She doesn't miss a beat and is currently the reigning Queen of her daycare. We have warned her time and time again that nap time will be no more and that Kinder at a new school will be a whole new ball game...to which she replied this week... "I'm not gonna stress about it." Y'all be ready for the stories...Kinder watch OUT, Cam is on her way and she is gonna bring you down. Just saying.... Of course, she had a wonderful year in pre-K, as I said, she rules and runs her school. She is smart and SO strong willed, I have no doubt Kinder will be a breeze for her. I think I will send her teachers' thank you notes in advance, maybe even apology letters. She is getting all the new school particulars from her brother, who has warned her..."Camila this school is hard."

Y'all help me! HAHAHA. 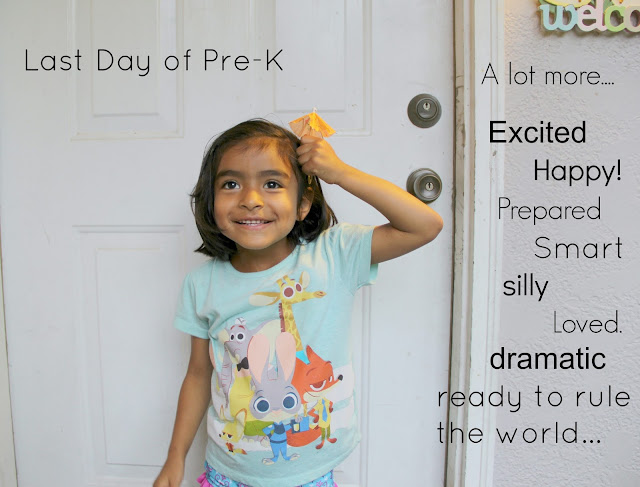