Protect the ones you love By Ariana Montelongo

February marks the month that my life would forever change. On February 24, 2012, I received THE call. That dreaded unexpected call. My best friend Alex was fatally injured in a car accident while driving across the state to come home and console his grieving wife (and my other best friend, Maria) who had just buried her dad. Maria wasn’t over the initial shock of losing her father and now she faced the harsh reality of losing her husband, father to their five children, and grandfather of two. Their lives forever changed. The worst was yet to come.

One year and nine months later Maria was killed in a car accident while driving home from work. How could this happen? Why did this happen? So many questions left unanswered yet so many responsibilities overwhelming the children at this tragic time in their lives.

We may never know why these things happen to the people we love. What we do know is that we have two options: hide behind the mask of denial or arrive at acceptance. Live life on life’s terms. Plan for the best and prepare for the worst.

Six years have passed since the loss of both my best friends. Four of those years I spent living in denial, full of resentments, refusing to face reality. Then, on the third anniversary of Maria’s passing something changed. I shifted my focus to solution-based living and have since embarked on a quest to bring education and resources to families so that they can protect their legacy.

Protecting your family against all odds

Here are five areas where you and your family may be unprotected and the solutions to get your house in order:

If you don’t have these documents in order and you think you do not have a plan, think again. It’s likely that the state where you reside has a plan for you. You could run the risk of the state taking temporary or permanent possession of your assets and most valued possession – your children.

For a nominal cost, you can protect your family and your hard-earned money by visiting: 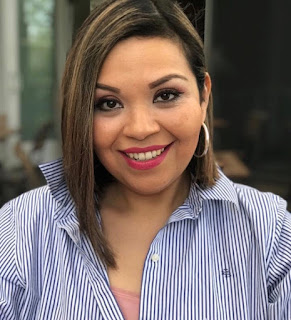 Ariana is a public speaking maven whose titles include Realtor, Director of the Katy Hispanic Chamber of Commerce, and WealthWave Financial Advisor. She graduated with a Public Relations and Global Business degree from the University of Houston and has been in the media industry for over ten years. She enjoys empowerment sessions,  networking and educating women on financial freedom.