I usually update about my son but today I want it to be about my husband. Someone who I am often really Thankful for but I don't think I tell him as much as I should. I think he always gets the complain-y, stressed and over stimulated version of me and it's not fair to him or you....

Ricardo has been in my life for almost 11 years in those 11 years he has been the support, the Faith, the Love, the honesty, the humor and whole-heartedness that has pulled me up from every single slip.

Last year Ricardo was laid-off after only a year at Baker Hughes. He has been a machinist for about 12 years now and has worked in huge and small machine shops. My husband works in an industry described by him and my girlfriend Casey's husband as a cold and negative place where camaraderie and mobility are wither not encouraged or just not found. Well Ricardo being the humble and honest person that he is has never allowed any of that bring him down, as I have learned that this feeling of solitude is better portrayed by the older gentleman rather than the younger ones like Ricardo and Casey's husband Jr, who have used their youth, intelligence and motivated souls to push through and be not only inspirations to others but to us as their wives as well.

I was surprised to learn that while Ricardo was on second shift at Baker last year he came home to tell me..."You'll never guess what the little guy before me listens to on his radio." (My husband is all the 6ft, 200+ lbs that he can be) To which I responded, "No Idea." "KSBJ" he said. Number one I never knew Ricardo paid attention to the fact that I always listen to KSBJ and number two I was pleasantly surprised at the fact that someone in their line of work would be a KSBJ listener. My husband has one of those hard exteriors with the inside filled with mush, but you didn't hear that from me.

Well on and off my husband usually comes to me from work or school with his own insight about newly found inspiration and motivation. He sees many humble, hardworking, and dedicated people as his hero’s. One of them is his father a quiet man, who has worked for many years to support many people. I know Ricardo attempts to be as a close a hardworking and quite man as he can be to his father. But if you know Ricardo you will know that he is NOT quiet. He is the complete opposite of what quiet can be. He is loud, outspoken and motivated to never allow others or himself be oppressed by "the man" but not really. If that makes sense. He, in other words, speaks his mind when he sees injustice and also knows how to respect authority and seniority. He is also extremely humorous and laughs loudly never caring as to who may or may not judge him.

I am indeed a HUGE KSBJ listener and love the DJ's especially the Morning Show with Mike and Susan and the afternoon Show with Liz Jordan and I follow anything and everything that they do. Well Liz Jordan has a blog which I follow and last year she posted this http://lizjordanksbj.blogspot.com/2009/01/raise-him-up.html and the prayer: "God, raise him up in the eyes of the men he works with." It has forever been engraved in my brain and I pray it all the time and everyday for my husband. And then yesterday something awesome happened.

I was on Facebook, checking messages and what not and a chat pop up came up. It was Gabe an ex-co-worker of Ricardo from Baker. They worked together a year before Gabe was laid-off and about a month later Ricardo was laid off. Well he is in his 20's, about 26 I believe also a young Father to a baby boy. He started by asking how we were, how he sympathasized with our parental exhaustion. And then he told me that he had not found a job yet but was going back to school. He stated that Ricardo was one person that always drilled him about this. My husband and I are huge advocates of education amongst young Hispanic men and women. Any time that we can "preach" education we do. We know how hard it is to live in a big city, with no degree and be a minority. Ricardo has been a blue collar worker for almost 12 years, he blames his own poor choices for not having a degree so any time that he can assist, motivate, or just say "Go to school!", he does! I found Gabe's words to be an outcome of what Ricardo has a passion for...education. Ricardo never feels as if his words impact or motivate or even get listened to...but with that...I felt so moved... Gabe heard him and seems determined with  his choice.

Gabe then went on to mention Ricardo's sense of humor and how that humor about life got him through some bad days at Baker. Again my husband can be so modest and humble that he never feels like his sarcastic and sometimes rude humor will be heard by anyone, much less get them through a bad day....I explained to him that I know Ricardo's humor, it has carried me through many, many bad days for the past 11 years. This chat made my day and just inspired me to be more supportive and loving with my hubby. He IS my world and I want the world to know it!!!! 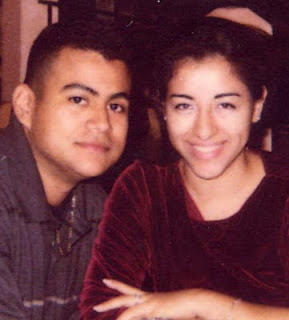 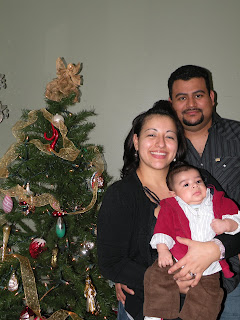 They are both such a Blessing... 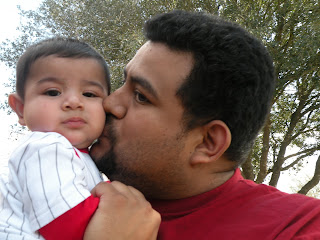