What happen to Monday?!

Well you could have sworn today was Monday, running late and all! But, finally settled in the office and thinking back on all the God given Love and Peace from today!

Yesterday, I was SO enthralled with my photo shoot by Casey Ayala Photography that I thought, "I will blog about this later." but NEVER did! Ha.

To say the least this week is promising to be busy and before we know it, the weekend will be here and Love will have emerged!


A quick update on my boys..more so Santi… waiting on some days to go by before I tell you all about my hubby. But Santiago! Oh boy…to say that his energy level is massive and that he NEVER stays put anymore is an understatement as Mrs. Ayala and her beautiful sister Katie found out this Sunday during our photo shoot!

My weekend was amazing and even though it didn’t turn out as planned…it turned out as HE planned.

Psalm 33:11 (New International Version)11 But the plans of the LORD stand firm forever, the purposes of his heart through all generations. 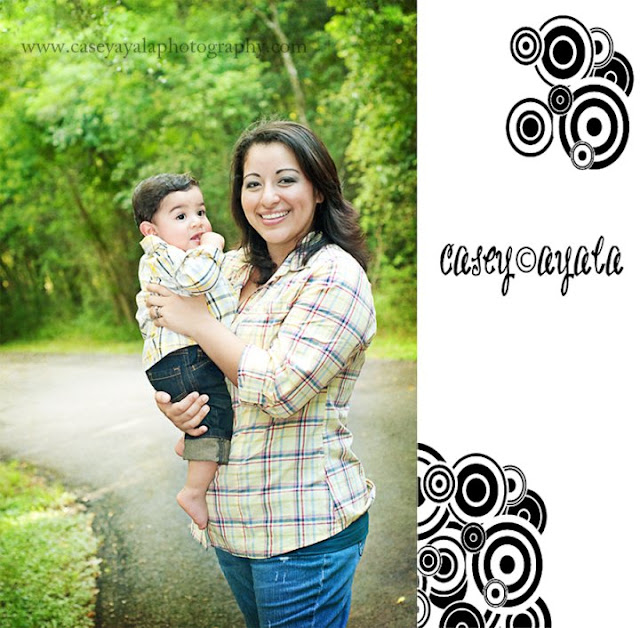 The other night, I had insomnia and had a lingering question in my mind and have probably had it there for quite some time now. As it is most days for me, I think, think and think and then write but sometimes those thoughts don’t make it here until a later date and very Godly so. Casey, my beautiful Bestie, wrote her photography Blog and made this question part of her Blog which in return was my queue from God to “insert Blog here”, ha, ha.

Romans 8:28 (New International Version) More Than Conquerors 28 And we know that in all things God works for the good of those who love him, who have been called according to his purpose.

So again, in this night of insomnia, which mind you I have NOT had since High School, I did something that I have also not done in a while….wrote in my journal. I have shelves and shelves of journals but since Blogging found me I have not had a need to actually sit down and hand write something. But, that night, I thought…. "I can do this laying here in bed next to Santi.", cause I don’t have Laptop, I think it would be the end of me, ha, so I did.

The Thought about the Future:

Jeremiah 29:11 (New International Version)11 For I know the plans I have for you," declares the LORD, "plans to prosper you and not to harm you, plans to give you hope and a future.

In my younger years, I will admit, I wanted a HUGE house, a Corvette and to be an ambitious career driven Doctor!

But, then life started to happen and I had to go to school, get a job and deal with a lot of family problems. During this time in my life, when I had a new job interview every other minute, my most feared and dreaded question was always “Where do you see yourself in 5 years?” I guess because in my mind no matter what my “plans” are or where I WOULD like to see myself in 5 years, to me, the ONLY one who knows where I will be is God! And, he had proven that to me in the first 5 years after High School, when I was broke, broken and scared. I really didn't know where I would be despite all the dreams I had.

Jeremiah 1:5 (New International Version)5 "Before I formed you in the womb I knew you, before you were born I set you apart; I appointed you as a prophet to the nations."

Don’t get me wrong, I do “have plans”, who doesn’t have goals and things they wish to accomplish, but I no longer voice them because in the end, we don’t really make those plans, He does. We make our own choices and decisions but we really have no control over what will happen in this life, again ONLY God does. I know what I have done in the last 5 years; I graduated college, got married and had a baby. All in “plans” but never really thought about it much just did it.

Matthew 6:24 (New International Version) 24 "No one can serve two masters. Either he will hate the one and love the other, or he will be devoted to the one and despise the other. You cannot serve both God and Money.

In the next 5 years, I pray and hope that my husband can graduate from UH, obtain his degree and purse his career of choice. I pray that I can go back to school one day and obtain my Masters, I also pray that in those 5 years and beyond my family finds peace and that we are healthy and safe, beginning with our youngest, Santiago and Olin. I pray that God brings me happiness and love the way He has in the last 5 years! I also pray that we can afford to show my son "the world" and that God can continue to guide us to be better parents, spouses, siblings, children, employees and friends. I also pray that in the next 5 years God will Bless us with another beautiful baby to complete our little family. As for the materialistic and career choice, if home is happy and loving everything else should fall into place.

Philippians 4:6 (New International Version) 6 Do not be anxious about anything, but in everything, by prayer and petition, with thanksgiving, present your requests to God.

So, with that in mind I’ve never really made up an answer or rather I have “made up” answers. Am I wrong? What’s your take on it? Where do you see yourself in 5 years? Maybe if the question was asked with “God willing” at the beginning I would feel different?!
at May 25, 2010